In Topic: TMR to issue Brendan Benson's One Mississippi on vinyl

This "re-releasing albums on vinyl that were never released on vinyl in the first place" thing is really weird. 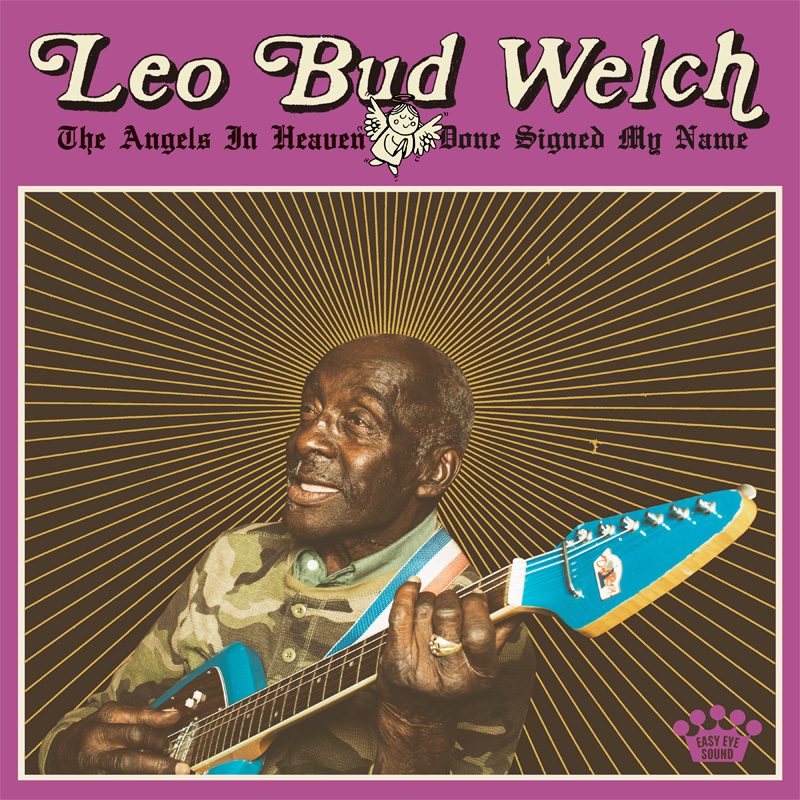 Leo only started recording when he was well into his 70s, performing in his church style taking secular tunes and singing sacred lyrics kinda like a reverse Ray Charles but with deep and crazy Mississippi guitar that's playing in like 4 grooves at once, threatening to run away and lose itself and then coming back home again like wild geese. This is Leo's last record, it only came out after he passed and it's damn short - only like 20 minutes - but it's the one to get because he recorded it with Dan and it's his only record where everything was really miced and recorded proper and sounds the way it should. Just go and goddam get it.

Perhaps it's cause I grew up in the 90s but I'm a sucker for a good tribute record. This one is about Blind Willie Johnson and goddam, just look who's on it. If this sounds like your thing then it probably is and you should just go and get it right now.

STANDOUT TRACK: Dark Was the Night 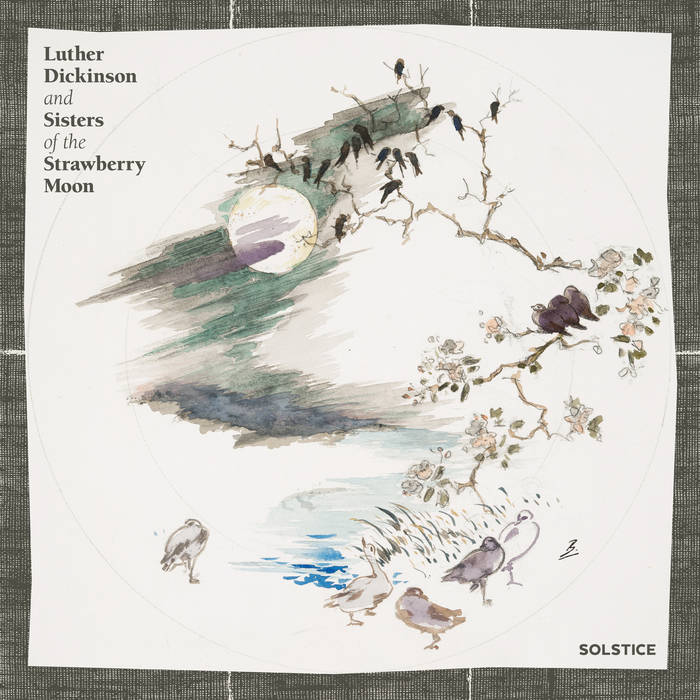 I really dig it when Luther mellows from the Allstars and Crows thing and just jams on some acoustic tunes. He crams traditions together in a funny way (See Cooder, Ry above - Ry was Luther's babysitter dontyaknow) and just lets it all breathe. This is one of those records you can put on at a dinner party as a litmus test. People who just hear pleasant tunes aren't worth talking to. But some people will get bothered by what's goin on here and they're the ones who know how to listen.

Chuck can't get no respect. He got drunk with Tom and he was in love with the girl who was singing the song and even Johnny Depp championed him (bad choice Chuck, but how were you to know) but he didn't like to record and he didn't like to fly so nobody really knew him. But he's old Hollywood in the right way, the kinda singer who sees blues and rock and show tunes and trad jazz as all part of the American tradition and if you know how to play 'em right (and only if you can play them right) you can mix em up any way you choose and they'll come out right. And they do. 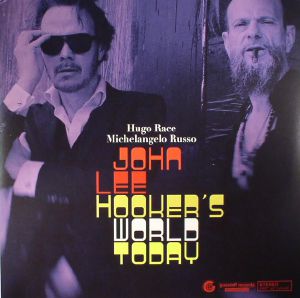 A former Bad Seed (you'll find him all over Kicking Against the Pricks) joins with a buddy in Einstürzende Neubauten's studio to record an album of John Lee Hooker tunes and what the hell else did you expect, an exercise in traditionalism? Guitar drones meet synth drones, soundscapes fade in and out and Hugo strips away the crap to reach the very core of what makes John Lee matter. A better tribute than any of the official releases out out by the estate.

Ry has this habit of playing a song in a way that sounds nothing like the original while remaining completely authentic to the tradition. We get rock and roll and blues and Mexican ballads and Woody Guthrie and Flaco Jiminez coming out on stage and the best damn backing singers you could hope for (Terry Evans people!) and we start to realise that we can recognise folk music as a united thing while respecting each tradition for what it is. Pete Seeger once taught me that the act of making music is itself political. Ry proves it. This is a disturbingly post 9/11 and post GFC album but it never presents itself as such. Music talks as it always should. 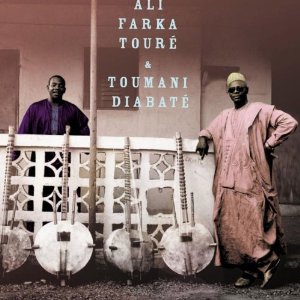 Two masters doing their thing. It's all too tempting to reduce the rich and varied traditions of West Africa as proto blues (and reduce that to rock and roll because the ultimate aim of all art is to become WHITE PEOPLE STUFF) bit you gotta let it stand on its own feet and draw you in to its own self and this album is a great way to do it. Sure, there's crawling king snakery a plenty but the traditional songs are called out and called upon and you stand on the edge of this album and look back over 500 years without ever forgetting that this is a work of modernism. The music is kinda comforting and relaxing until you really listen and the it's anything but.

It's kinda crazy how much my listening has changed over the last 10 years. Doing a weekly blues show has focused my listening plus the media landscape has changed so much that I don't absorb the wider pop hits through cultural osmosis any more. So this is in no way an attempt to name the "best" albums. These are just records that have stuck with me. In no particular order:

At first listen this is a tribute to the sounds of '50s blues, especially from the Chess label. On 2nd listen you realise that there's something else going on here. There's subtle little modern licks, there's a touch of Louisiana creeping in here and there. If it's an act of recreation it's recreating something that never existed in the first place. I dunno how a record can be so retro and so post-modern but here it is. (PS: The two had a falling out and Big Jon now hates this record. He reckons there's too much high end on the final master. Whatever. I dig it.) 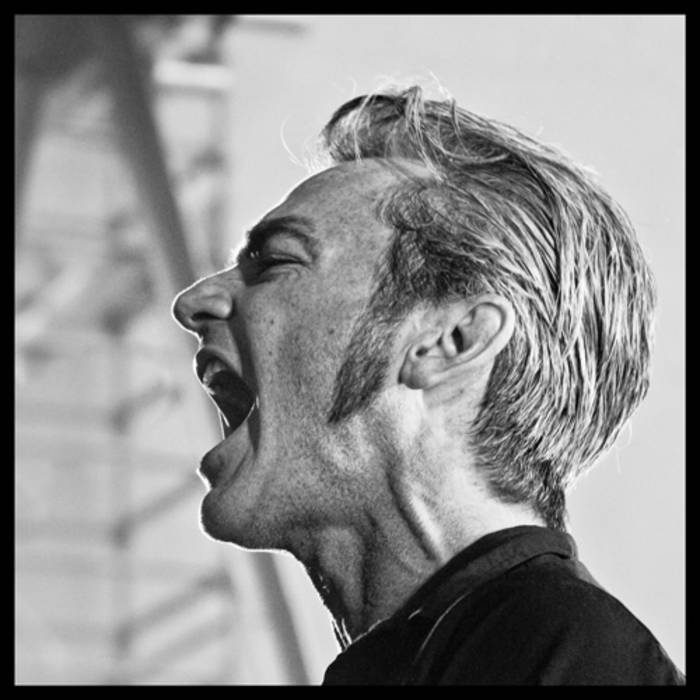 Chris held down a weekly residency for a record breaking 53 weeks at Melbourne's legendary Cherry Bar while hashing out this album. Sometimes there were more people in the band than in the audience, which is awkward when you're a two piece. But that just helped hammer the shit together.  Chris' Melbourne meets Clarksdale vibe was shaken up by Cosmic Psycho's drummer Dean Muller ("Dress mod, play punk, think jazz") who gave Chris the base he needed to take flight. This whole album is insanely tight and shaking. This and a six pack are all you need to get your party going.

Jimmy "Duck" Holmes It Is What It Is In direct apostolic succession from Skip James, this is Bentonia blues straight from the Blue Front . It's a living tradition as it is today and that's kinda what makes it so weird because it's not a throwback, it's the sounds of a living community that knows it's gotta fight to keep its spirit alive. It's like the Voyager gold record from a place just outta Yazoo. The minor key drone carries on, telling its story at its own pace and in its own time and it gets under your fingernails and beneath your skin and you either leave baptised or damned and there's no in between.

STAND OUT TRACK: It Had To Be The Devil

In Topic: The Last Album You Bought